Via a relative benchmarking exercise, this study investigated the effect of the diversity of the environment on the capacity of state vocational (VR) agencies to effectively and efficiently deliver VR services. Specifically, the study examined the extent to which socioeconomic, rural-urban and operational diversity impact VR program agency level employment outcome efficiency. In order to achieve the objective of the study, eight indicators of socioeconomic status, five operations related variables, and three variables related to the cost of service were examined and compared to the average level of activity in the region the agencies reside where competitive employment proxies for service delivery outcome. Results obtained suggested the environment in which an agency operates has an impact on agency level performance.

Back to Sessions Page 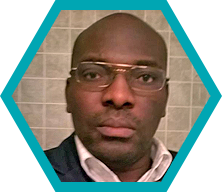 Dr. Gere, an Assistant Professor in the College of Pharmacy and Health Professions. I have a Ph.D. (Rehabilitation Administration), from Southern Illinois University Carbondale, a M.S in Rehabilitation from University of Maryland, Eastern Shore and an MBA in Business Management from Rivers State University of Science and Technology, Port Harcourt, Nigeria. I am an avid researcher with publications that have focused on performance in Health and Human Services Delivery, Mental Health, Disability, Addictions and Co-Occurring Disabilities, and HIV/AIDS. I have also taught graduate level research for several years. 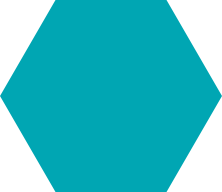 Royce D. Burnett, Ph.D., CPA, CMA is Director and Associate Professor of the School of Accountancy in the Strome College of Business at Old Dominion University. In the School, he holds the Accounting Alumni Professorship. Dr. Burnett earned his Ph.D. in Business with an emphasis in Accounting from Oklahoma State University (OSU) in 2003. Prior to coming to Old Dominion, Professor Burnett taught at the University of Miami (Florida) and Southern Illinois in Carbondale. His research interest focus on environmental cost management, corporate sustainability, public policy accounting theory, and accounting education reform.

Dr. Jane Nichols, Associate Professor, Rehabilitation Institute, was one of three new Counselor Educators selected for the CACREP Board for a five-year term beginning July 1. Dr. Nichols has over 20 years of experience in public, private and non-profit settings as a rehabilitation counselor, mental health counselor, and program coordinator. Dr. Nichols research projects include: the intersect between social skills, mental health and addictive behaviors; interdisciplinary teamwork and military counseling. Dr. Nichols specializes in mental health and substance use counseling and is coordinating the Advanced Training Program in Substance Use Disorders and Addictive Behaviors at the Rehabilitation Institute. She is a licensed clinical counselor and a certified rehabilitation professional.

Back to Top of Page

This event is provided with support from the Program Evaluation and Quality Assurance Technical Assistance Center (PEQA-TAC) grant from the Department of Education, Rehabilitation Services Administration (RSA) award number PR#H263B150004. The contents do not necessarily represent the policy of the Department of Education, and you should not assume endorsement by the Federal Government.